Would you pay $1000 for a hoody? What about if it was a hoody assembled from scraps of fabric that had been left behind in the process of making another, likely cheaper piece of clothing, would you buy that? Should a hoody made in this principled way command a higher-than-average retail value, or does the fact that it was born of ‘waste’ materials mean that it should cost less? And what would buying it say about you? Are you helping to solve the problem of clothing waste by buying offcuts, or are you just buying more clothes?

A wave of ethical, ecologically empathetic design is rolling through the fashion and beauty industries – including Everlane, Pangaia, Veja, and The Ordinary – and ‘big’ brands can’t afford to ignore the tide. According to the latest report from campaign group Fashion Revolution, big brands (those with a minimum turnover of £320million) are improving their transparency, and in turn, changing their production and employment practices. Based on a set of 200 indicators, the average score for the 250 brands tested was 23%, but some did much better. H&M Group, which includes Arket, & Other Stories and Weekday, scored 73%, for example.

Adidas just announced a new partnership with All Birds, the sustainable shoemaker and official foot-shodder to fin-tech bros and earth children alike. Together, they will “push the boundaries of what’s possible in sustainability” by creating the world’s lowest carbon footprinted shoe by 2021. And last week, Alessandro Michele, Gucci’s creative director stated that the brand was not only removing itself from the fashion-show calendar, but suggesting that the wider industry’s unsustainability was, well, unsustainable.

“So much haughtiness made us lose our sisterhood with the butterflies, the flowers, the trees and the roots,” he wrote on the brand’s Instagram. “So much outrageous greed made us lose the harmony and the care, the connection and the belonging.”

As high fashion pivots, it’s worth noting that there are already scores of interesting brands and individuals occupying the space for artful, ethical clothing. For example, those that ‘upcycle’.

The poster-person of this altruistic, resourceful movement is Emily Adams Bode, a designer we at Esquire think is officially wonderful. She takes antique fabrics – bed linens, curtains, flags, upholstery; anything – and turns them into bohemian-American clothing loaded with symbology and meaning.

A Bode jacket, made from quilts from the 1930s

“We’re founded on the preservation of craft and I think that’s the general idea and the foundation of the brand,” she told Esquire earlier this year. “It’s always been most intriguing to me to work with textiles that have a true relationship to the private space, the domestic space. Around 40% of our brand is made from antique textiles that has a true female history that’s intrinsic to it. Usually it’s cloth made by women for the home; quilting, mending appliqué – a lot of these historical techniques that otherwise aren’t used so much in clothing, especially not in menswear.”

Bode showed a seasonal collection in Paris for the first time in January and was a finalist for the LVMH Prize for Young Fashion designers last year. But she’s just the tip of the iceberg. Walid Damirji, better known as By Walid, has been making similarly antique fabrics into similarly kooky, patchworky, haberdashery-y clothing, although his are all one-of-a-kind, rather than limited edition.

In Los Angeles, Atelier & Repairs takes existing clothing that isn’t so sexy and turns it into proper sexy, grungy stuff that you didn’t realise you wanted until you saw it. This ‘Tanganika’ jacket, for example, was once a tattered Levi’s trucker, but A&R restored it, dyed it and then fitted it with a brand-new ‘Nehru’ neckline. They only made a few of them and each is unique, which is more than can be said for the Levi’s jacket.

Down the road (we assume; he’s in LA), Greg Lauren – nephew of Ralph and maker of the aforementioned $1000 hoody – is preparing for the Autumn launch of GL Scraps, an offshoot of his eponymous clothing brand. Fusing workwear, military surplus, sartoria and technical sportswear, GL’s mainline already offers a ‘found’ aesthetic, but around 40% of the new collection will be made from ‘scraps’ – bolts of fabric comprised of offcuts he’s collected or created over the years. It’s quilting for Californian prep lords.

Elsewhere, the upcycling scene is less earnest. Fokohaela takes vintage football ephemera and turns it into neo-retro, team-specific sportswear. In much the same way that Emily Bode imbues her collections with subtle meaning, founder Jason Lee laces his upcycled garms with wry humour, tribal energy and the odd political statement. A bucket hat made from an Aldi shopping bag is adorned with German National Team and Mercedes logos, for example. In London, Sam Nowell is taking old Burberry towels and turning them into new Burberry shorts; taking old bar towels and turning them into new drinking trousers, and taking old Gucci dust bags and turning them into utility gilets fit for even the hype-iest fishermen.

But the neatest example of upcycling, I think, is that of Greater Goods, an accessories company that cuts its totes and pouches out of old Arc’teryx and North Face Gore Tex. The bags, all handmade and one-of-a-kind, hit the trends for upcycled goods, Gorpcore and niche.

“I’ve always been drawn to using existing materials from discarded products and found that it made every project more engaging and unique,” explains founder Jaimus Tailor, “while also having a positive environmental impact. I started with woodwork and slowly expanded my skill set to textiles, that’s when I started making the tote bags.”

Totes from Greater Goods are equipped with the requisite zips and pockets and general attributes of function that good accessories need. But despite their patchwork nature, they don’t look like they’ve been upcycled, and closer resemble something you’d find in a store on Cat Street in Harajuku. (And therefore, only on Cat Street in Harajuku.) Greater Goods products are weird, interesting, unique and useful. The dream.

Tailor is keen to promote his fellow upcyclers and general clothemakers of good. “There are so many creative people working on wild new projects by using old materials,” says Tailor [such as Loutre and Helen Kirkum]. “It’s a growing community and we all share the common ground of actually physically making and being involved in the process of production.”

Clearly, we’re at a turning point – one that Covid-19 seems to be accelerating – and it is no longer enough for fashion brands to speak in support of sustainability, they need to demonstrate that they’re pointing their businesses in the right direction and ploughing forward, too (see the launch of R-EA, the new imminent collection of recycled, regenerate and organic fabrics from Emporio Armani).

It’s hard to see how the landscape will change in the near future, and how the very nature of fashion, luxury and commerce will evolve, or devolve. There will always be stuff to buy, but small business run by idealistic, altruistic people are challenging the status quo, and that can only be a good thing.

Need some positivity right now? Subscribe to Esquire now for a hit of style, fitness, culture and advice from the experts

This content is created and maintained by a third party, and imported onto this page to help users provide their email addresses. You may be able to find more information about this and similar content at piano.io

This commenting section is created and maintained by a third party, and imported onto this page. You may be able to find more information on their web site. 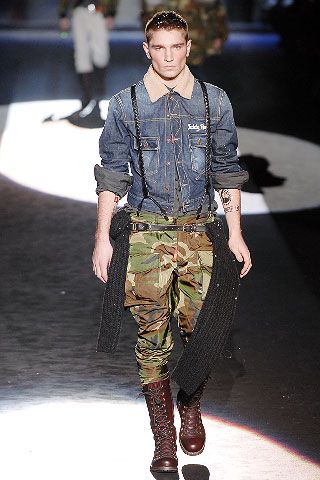 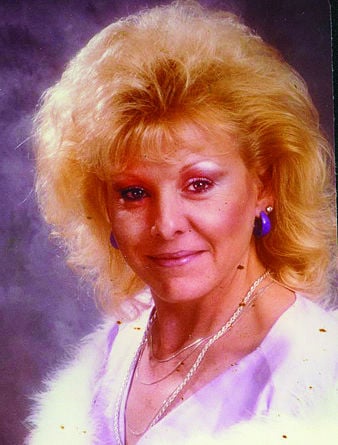 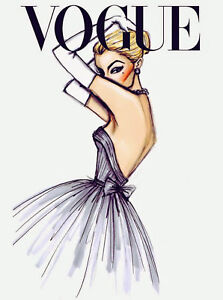 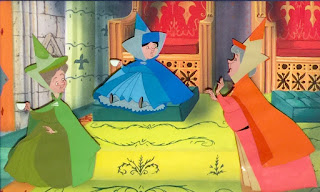