Meghan Markle is known for her refined fashion sense, which she proudly puts together herself without the help of a stylist.

Since marrying into the British royal family in 2018, Meghan has moved away from the convention of dressing nearly exclusively in British designers, instead patronizing some of the biggest names in Parisian haute couture.

Haute couture is a fiercely guarded term that a designer can only claim to use if they meet a series of strict guidelines laid out by the French governing body, the Fédération de la Haute Couture et de la Mode. These guidelines state that only bespoke clothing made in Paris by fashion houses who employ a dedicated atelier of at least 15 staff members can apply for haute couture status.

Meghan’s first public haute couture item of clothing was the Ralph and Russo dress worn for her official engagement portraits. The former actress then chose to continue her haute couture patronage with the commissioning of her wedding dress from the house of Givenchy.

Perhaps the most famous of all the French haute couture fashion houses is Christian Dior. As well as being one of the most prestigious, it is also one of the most expensive designer brands in the world. Haute Couture dresses regularly command prices in excess of $100,000. This is down to each piece being made by hand.

Throughout her married life Meghan has proven to be a fan of Christian Dior, wearing not only elegant haute couture outfits for official events but also accessories such as the “Lady Dior” handbag named in honor of the royal’s mother-in-law, Princess Diana.

Meghan Markle’s first public outing in an haute couture design by Christian Dior was for the 100th-anniversary celebrations of Britain’s Royal Air Force in 2018. The celebrations took in a ceremony in London’s Horse Guards Parade followed by a special balcony appearance from members of the royal family, including Queen Elizabeth II.

For the occasion Meghan wore a chic dark navy day dress with a boat neckline and her favorite bracelet-length sleeves. The dress was characteristically simplistic, following Meghan’s established aesthetic style, with no embellishment save a thin covered belt.

The royal paired her look with a fascinator hat from Dior’s house milliner Stephen Jones and white high heeled shoes.

Following the event the house of Dior released a statement that read:

“Dior is pleased to announce that Her Royal Highness The Duchess of Sussex wore a Dior haute couture black silk and wool dress, a Dior black leather clutch and Dior shoes to the Royal Air Force’s 100th birthday.”

The next haute couture outing for Meghan was during her visit to Morocco with Prince Harry in February 2019.

At an evening reception at the British Ambassador’s residence, Meghan—who was pregnant with Archie Mountbatten-Windsor at the time—wore a floor-length beige caftan-style dress with draped neckline and crystal embellishments.

The dress by Dior was an example of modesty dressing, with the royal paying tribute to the sartorial customs of the country where women traditionally cover their shoulders, arms and legs.

Meghan paired her Dior gown with accessories also from the house in the form of a clutch bag with golden bee embellishment and gold leather high-heeled pumps.

For the christening of her firstborn child at Windsor Castle in 2019, Meghan followed the example set by sister-in-law Kate Middleton of wearing white or cream.

On the day, Meghan wore a white calf-length day dress by Christian Dior with bracelet sleeves and a matching hat with sculpted veilling.

A statement released by Harry and Meghan on the day read:

“This morning, The Duke and Duchess of Sussex’s son, Archie Harrison Mountbatten-Windsor was christened in the Private Chapel at Windsor Castle at an intimate service officiated by the Archbishop of Canterbury, Justin Welby.

“The Duke and Duchess of Sussex are so happy to share the joy of this day with members of the public who have been incredibly supportive since the birth of their son. They thank you for your kindness in welcoming their first born and celebrating this special moment.

“Their Royal Highnesses feel fortunate to have enjoyed this day with family and the godparents of Archie.”

Following Harry and Meghan’s stepping down as full-time working royals in 2020 and the broadcast of their landmark interview with Oprah Winfrey in 2021, the royal couple made their first joint public return to the U.K for the Queen’s Platinum Jubilee celebrations.

Harry and Meghan both attended the special jubilee national service of thanksgiving at St Paul’s cathedral and for this important occasion, Meghan once again debuted an haute couture Christian Dior ensemble.

The pale-colored trench coat-inspired coat dress worn by Meghan to the service was designed by Dior’s creative director Maria Grazia Chiuri as part of her Spring 2022 haute couture collection.

Together with her outfit Meghan wore a sculpted 1980s-style hat, reportedly by Stephen Jones, and matching Dior gloves. 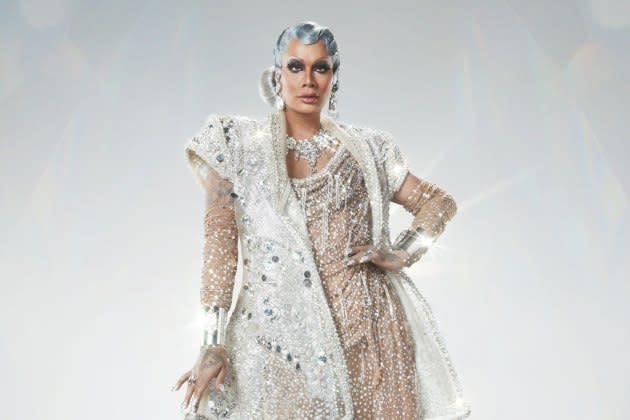 health clinic near me