Since we’re all social-distancing, no actual awards changed hands — but the celeb and fashion designer presenters and winners’ acceptance speeches, from different locations, made the online event just as entertaining as being there in-person.

Most clips were pre-recorded and edited in — but watching the playback of the video still has the feel of a live event.

Linda Levy, president, TFF, spoke to guests, briefly, about the challenges of Covid — and the state of the fragrance industry. Maye Musk, author of the new book, A Woman Makes a Plan: Advice for a Lifetime of Adventure, Beauty, and Success, hosted the event.

Jerry Vittoria Kicks Off the Celebration

“A world of unprecedented innovation is upon us.” –Jerry Vittoria

“It has certainly been one of the most challenging years…And in the U.S., we’ve been further challenged by the social upheaval that has impacted us in the most profound way,” said Vittoria. “I’m proud to say that each of our member companies is reacting with ambitious programs to help shape the future of our fragrance community — to be more diverse and accountable.”

Vittoria spoke about the impact of Covid and said, “Our world of fragrance has been pummeled by the global pandemic. It will likely take the better part of next year to see business return to what it was before.” He was very optimistic, and added, “A world of unprecedented innovation is upon us.”

He advised fragrance companies and brands to be transparent, use renewable ingredients, encourage a positive dialogue with consumers, and focus on storytelling to convey more to consumers about fragrance creation.

“Now more than ever, our fragrances must have a positive impact on the quality of consumer’s lives while protecting our planet’s resources,” Vittoria advised. And a note to marketers: “Claims should enhance the positive nature of fragrance, and be validated by science.”

Linda Levy Says Fragrance is More Important Than Ever

“Fragrance has a more positive impact now on society than ever before.”
—Linda Levy

Vittoria introduced Linda Levy, who wore a crimson-red dress by Jason Wu. “Fragrance has an even more positive impact now on society than ever before,” she said. “I truly believe what we are experiencing now is a lifestyle change, for us personally and for our industry.”

Fragrance is more important now that we’re at home more, said Levy. “Fragrance is enhancing our homes, allowing us to enjoy more time on sanitization and self-care as well as create at-home spas. The fragrances worn day-to-day are constantly connecting us to memories. So while we live a more restricted lifestyle, we can be transported to destinations or enjoy the memories of the people or times we look forward to in the future,” she explained.

The Fragrance Foundation Plans To Be More Inclusive & Diverse

TFF has a plan to help make the fragrance industry more inclusive and diverse. It will reach out to members of the fragrance community from all backgrounds, including the LGBTQIA+ community.

“The TFF will enroll new members at a minimal annual membership…” Levy said. “For these new Diversity, Equity and Inclusion members — as well as new Indie members — we will welcome and support them in the fragrance community like never before.” Adding that times are challenging for the industry, Levy said, “…together we will emerge from 2020 more resilient and better than before.”

Winners are listed below — and here’s who accepted each award.

The Play-by-Play: All the Presenters & Winners

Maye Musk kept the presentation moving along — and many of the presenters dressed for a gala. The first award was the Fragrance Editorial of the Year category.

Next up was the Media Campaign of the Year. Cher, in a chic leather blazer, announced Coty and Puig as winners, before accepting her own award later on. (Spoiler Alert: see the last award.)

Gordon noted, “Little touches make all the difference — from a satisfying click of a cap to the tactile texture or curve of the glass.”

The winning bottles were inspired by a vintage apothecary, a juice box, and a crown.

Next, Musk introduced presenter Francisco Costa. Costa is the former creative director of Calvin Klein and a newcomer to the fragrance world as the founder of Costa Brazil.

Before announcing the winners, Costa answered the question, ‘What is fragrance’?

Terry Darland, president, North America, Parfums Christian Dior, accepted the award. She thanked all the teams involved for “imagining and bringing the fragrance to life.”

The Dior marketing team in Paris was led by Claude Martinez, who recently stepped down after 19 years as CEO of Parfums Christian Dior. Darland said, “Claude—I was happy to lead the Dior team over the last 16 years and will forever be proud of everything we accomplished here together.”

Jason Wu, fashion designer and lifestyle creative, announced the Universal Fragrance of the Year winners. First, he spoke about what fragrance means to him. “I continue to use scent as a major inspiration in fashion,” he said. “Fragrance is a universal joy – it can be transformative, enchanting, and glamorous.”

Gommichon thanked his team, Robertet, and Epinette for “a fragrance that superbly blends nostalgia and escapism to channel the warmth of an endless summer.” He added, “From its inception, Byredo has been committed to creating unisex fragrances for all.”

Jordan Saxemard, senior marketing director, Gucci Beauty accepted the award. “This avant-garde scent has the ability to transport us to a unique moment in time — allowing us to bring our precious memories back from the past so that they may live in our present,” he said. “The unique juice transcends both gender and time, establishing a brand new olfactory category, Mineral Aromatic.”

Next, two stunning horses “helped” present the next two awards, in the Candle & Home category.

Nacho Figueras, a polo player and founder of the Ignacio Figueras fragrance collection, announced the category while on his horse. Then, his wife, photographer Delfina Blaquier, got on her horse and helped announce the winners.

Note: The Ignacio Figueras fragrance collection was a finalist in several categories. Jon Dinapoli, the bottle’s designer, speaks about it, and more, in this Q&A interview.

Gommichon accepted both awards. “The 34 collection captures the olfactory atmosphere at the original Diptyque boutique at 34 Boulevard Saint Germain in Paris.”

Lionel Richie recently launched his fragrance, Hello by Lionel Richie — and it was a finalist for Popular Fragrance of the Year. (And it is another one of Jon Dinapoli’s designs.)

“Fragrance—it’s memories. It’s a vibe. It’s a time in your life — past, present, and of course where you’re going in the future. It’s how you feel about yourself. It’s who you are. It’s family, friends, and it’s love. It’s like a great song. You ‘wanna’ hear it over and over again. You want to feel it. Smell it. Over and over again.”

Before announcing the winner, Richie added that the finalists all “deliver a touch of luxurious magic with every spritz.”

“And this fragrance Libre, which means free, celebrates the empowerment of today’s strong women,” he added. Luci thanked his teams and retail partners, “Thank you to Anne Flipo and Carlos Benaim for perfectly capturing the spirit of freedom within the juice.”

Verane de Marffy, sr. vice president of marketing, Lancome USA, accepted the award. She thanked the perfumers, the Lancome team, and Zendaya, the face of the brand — and architect and industrial designer Chafik Gasmi.

Gasmi designed the packaging–and the bottle is one of the thinnest in the world. “At just 15 millimeters thick, it is a fitting tribute to the industry’s technological advances and innovations,” Marffy said.

Rebecca Moses Presented the Next 3 Awards

Rebecca Moses, an artist and designer, presented the next three categories — and said, “Fragrance is my mood-enhancer, my happy pill, my non-exercised-induced endorphins. Yes it is my must-must-have.”

Rob Smith, CEO and founder of The Phluid Project, presented the next categories with Mila Jam, pop recording artist, and LGBTQ activist. (Note: Phluid Project’s fragrance was also a Finalist. See it in the Q&A interview with Jon Dinapoli, of Jon Michael Design, linked above.)

Note: Take a look at attendees and presenters in the slideshow: The Fragrance Foundation Awards Go Virtual, Here’s All The Presenters, Winners & More

The Fragrance Foundation accepted the award on behalf of Thom Brown New York.

Host Maye Musk took over as presenter to announce the three winners in the Consumer Choice category.

Musk announced the last award—surprising Cher with the news.

Levy had explained earlier that the presenters didn’t know if they won until the announcements during the livestream. They were all asked to  pre-record an acceptance speech, in case they won.

Musk announced Cher’s fragrance as the winner, and the livestream on our screens cut to a pre-recorded clip.

Cher closed the show saying she was thrilled that she had won — noting that it was especially meaningful because consumers voted. 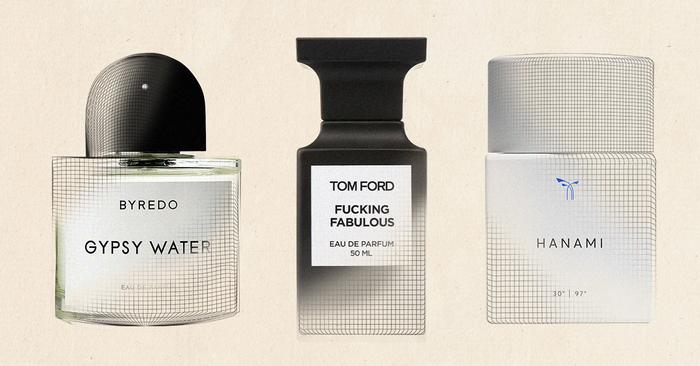